In September the LPC held its annual research symposium, where researchers present results of the projects we have commissioned. Peter Donaldson, who was a Commissioner from April 2010 until December 2017 and participated in 9 rates negotiations and subsequent reports to Government, opened the event by sharing his reflections on his time on the LPC.

He described the Commission’s retreats, at which the rate recommendations are decided, and the dynamics and importance of the LPC’s social partnership model.

This year’s retreat took place in October, and the rate recommendations agreed were approved by the Government in the Budget later that month. The evidence used to come to those recommendations was published in our 2018 Report on 27 November.

I want to bore you a bit with the structure and the process of the LPC, because I think it is important to understand where we are coming from and how we work.

The LPC is a social partnership, made up of three employer representatives, three worker representatives (trade unionists) and three independents (two labour market economists and the Chair).

The nine Commissioners are strong, free-thinking people. They bring baggage, but they have in common their dedication to achieving the best recommendations possible based on the best available evidence. That we have always made unanimous decisions shows the seriousness with which Commissioners approach the task.

A retreat in Irish terms usually means a monastery or something similar – a place of quiet contemplation. The LPC’s retreat is the opposite – there is no solitude, only robust dialogue and negotiation. But the beauty of the process is that it always ends with a unanimous recommendation.

At my first retreat I didn’t understand how it worked. One of my colleagues told me it would come down to horse-trading – really? I thought it was evidence-based. At the end of the second day there was no agreement. I thought I had the answer to the problem and spoke to the union members. My employer colleagues agreed, the deal was done, but I didn’t realise I should have consulted the independents. I was chastised by the Chair, and learned my lesson.

John Hannett told me it boils down to a penny – which can make the difference between 3% and 2.9%. Such percentages are important for Commissioners on all sides.

After that retreat we wrote our mission statement: ‘to help as many low paid workers as possible without any significant adverse effect on employment or the economy’. That is an acknowledgement that we must come to the retreat without baggage and focus on the evidence base.

Subsequent retreats were always difficult but always unanimous. We came close to objections on three occasions, with all three sides threatening to object at different times. I think that would have been terminal, but we always managed to reach a compromise. The Chair’s role is critical in mediating between the Commissioners. In my experience they don’t always get it right but do help the team reach a compromise.

In the end, open-mindedness, compromise, and working together were key – John and I developed a trust and friendship and became ‘fixers’ for our respective sides.

It is for these reasons that the LPC’s social partnership has worked extremely effectively down the years. Of all the public appointments I have fulfilled, my time as a Commissioner was the greatest achievement of my career. 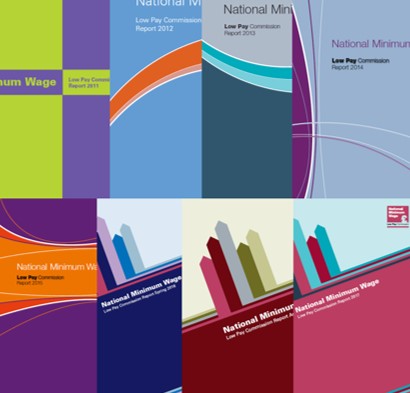